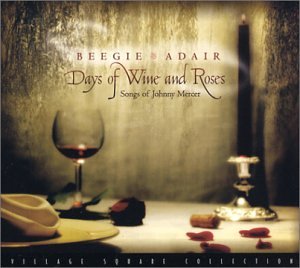 Produced by Adairs long time producer, Jack Jezzro and accompanied by her musical partners, bassist Roger Spencer and drummer, Chris Brown, Adair has once again created an instant classic and a must-have recording for fans of her timeless catalog.

Born in Cave City, Kentucky, a small farming community of 1,400 residents, Beegie Adair (say B-G) grew up avidly listening to music. At age four she started the "two-finger-hunt-and-peck" system on the piano, but began actual lessons when she was five and continued studying piano through college at Western Kentucky University in Bowling Green where she received her Bachelor of Science Degree in Music Education.

During college, she played jazz professionally every weekend. She taught music to children in the Kentucky school system for three years, but spent her summers working in Nashville. The first summer she joined the Hank Garland Quartet, "and my education continued. Hank was a jazz guitarist that many other guitarists looked up to," Beegie comments.

Arriving in Nashville during the heyday of Country music allowed her the opportunity to accompany such legendary performers as Chet Atkins, Johnny Cash, and Dolly Parton. Because Nashville was a hot bed of musical television tapings and live performances during that time, Adair also worked with such entertainers as Neil Diamond, Mama Cass Elliott, and Peggy Lee in her position as in-house pianist for The Johnny Cash Show for ABC-TV plus other television programs featuring Lucille Ball, Carol Burnette, and Dinah Shore.

Her FRANK SINATRA COLLECTION won the Nashville Music Award for Best Jazz Album and she has been turning out classic artist recordings for the past decade.